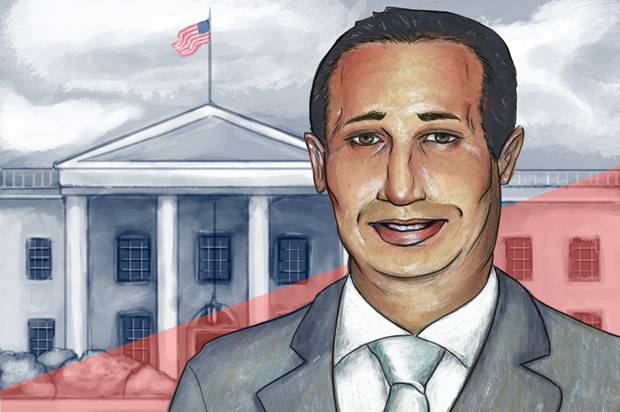 * M.N.:
The principle of portraiture in journalistic investigations and probably also for studies in the fields of political personology and political psychology appears to be quite suitable: the “portraits” (the inseparable blends of the personal, social, political, historical, psycho-social, and psycho-historical), value and judgement free, more or less “objective” and possibly closer to “scientific” than any other approach, a merger point of the rational knowledge and the art (with the artistic imagination and skills as the unique gift of the portraitist), based on the experience and observational skills; all of this should convey the essence of the players, as if on and from a Rembrandt or any other good or fascinating canvass. They might be utilized for the practical purposes of identifying and dealing with the human typologies and phenomena (e.g. “profiling”, intelligence assessments of the political leaders, etc.) and also for attempts at some generalizations in studies of human personality typologies and human behavioral phenomena.
To create and compose a portrait is a complex task and requires a certain accumulation and systematization of the information from the open sources, and search engines’ news compilations became apparently, somewhat of a standard practice. The self-portraits, the “confessionals”, might be just as complex and multifaceted for the analysis, they have a long standing historical tradition in a variety of fields, from the Holy Inquisitions to the KGB letters, and might come in a variety of shapes and forms. They should be viewed as a part of a portrait, with some aspects of manipulations, always present, adding shades and semitones.
Michael Novakhov
9.15.17
___________________________________
Felix Sater Google News In Brief
–

Who Is Felix Sater, and Why Is Donald Trump So Afraid of Him?

Felix Sater speaks at the Chabad of Port Washington in Port Washington, New York, in 2014. (YouTube: Felix Sater)
Every time someone asks Donald Trump if he knows Felix Sater, his Russian-born, Brooklyn-bred former business associate, Trump draws a blank. Despite the fact that Sater worked on and off for a decade with the Trump Organization, and despite his recent headline-making appearance as an exuberant negotiator on behalf of Trump’s hardnosed attorney, Michael Cohen, in seeking to build a “massive Trump Tower in Moscow” last year, Trump ducks.
“I mean, I’ve seen him a couple of times; I have met him,” Trump said, in a deposition in a court case involving Sater in 2013. And The New York Times reported him as saying, “If he were sitting in the room right now, I really wouldn’t know what he looked like.” As late as 2015, when asked about Sater, Trump hemmed and hawed. “Boy, I have to even think about it.”
It’s no wonder that Trump, especially now that he’s under investigation over his ties to Russia and its meddling in the 2016 election, would respond to questions about Sater by saying: Who’s he?
Of all the characters caught up in Russiagate, none come close to Sater for having a decades-long record as a larger-than-life, outside-the-law, spy agency-linked wheeler-dealer from the pages of a John le Carré novel. His past record includes a conviction for lacerating a man’s face with a broken margarita glass in a bar brawl and his involvement in a multimillion-dollar stock fraud and money-laundering scheme. Despite that record, which came before he worked with Trump, Sater spent nearly a decade working with the Trump Organization in search of deals in Russia and other former Soviet republics. But on August 28, Sater made the front pages of the Times and The Washington Post, thanks to leaked copies of e-mails that he sent in late 2015 and early 2016 to Cohen, concerning Sater’s efforts to work with a group of Russian investors to set up a flagship Trump property in the Russian capital.
In language that Cohen himself described to the Times as “colorful,” Sater seemed nearly beside himself as he reported on his work in Moscow on behalf of Trump:
“Our boy can become president of the USA and we can engineer it,” wrote Sater. “I will get all of [Vladimir] Putins [sic] team to buy in on this, I will manage this process.… I will get Putin on this program and we will get Donald elected.” Echoing a line that would later become Trump’s own description of why he and Putin might get along, Sater wrote that the Russian leader “only wants to deal with a pragmatic leader, and a successful business man is a good candidate for someone who knows how to deal.”
Sater couldn’t resist adding, “Michael I arranged for Ivanka to sit in Putins [sic] private chair at his desk and office in the Kremlin.” According to the Times, Sater was “eager to show video clips to his Russian contacts of instances of Mr. Trump speaking glowingly about Russia.” Which, of course, Trump has done repeatedly over the years. And, though Trump has denied that he has any business interests in Russia, even as he was gearing up for the Republican presidential primary race, Cohen and Sater were deep into previously undisclosed talks with Russian partners about constructing a Trump-branded hotel, according to The Washington Post. In a statement to the House Permanent Select Committee on Intelligence last week, Cohen did admit writing to Dmitry Peskov in connection with Sater’s work. Peskov, a spokesman for Vladimir Putin, confirmed the contact.
So who, exactly, is Felix Sater? Tim O’Brien, author of a biography of Trump, wrote about Sater in an article titled “Lean, Mean Trump-Russia Machine.” He was born in 1966 in the Soviet Union, and he and his family moved to Brighton Beach in Brooklyn, New York, when he was just 8. According to a recent Guardian profile, Sater’s relationship with Cohen—and to organized crime—goes way back:

Sater’s links to Trump’s circle can be traced back to not long after he came to the US as a child. His father, Mikhail Sheferovsky (who changed the family name after arriving in New York) became a local crime boss in Brighton Beach and Sater grew up on that side of Brooklyn, where he got to know another teenager in the neighbourhood, Michael Cohen, a Long Island boy who would go on to become Trump’s personal lawyer and vice-president of the Trump Organization.

Who Is Felix Sater, and Why Is Donald Trump So Afraid of Him?

Four out of six suspects in the arson of a three-story building in May last year were arrested in November 2016 as part of a large-scale operation of the FBI and the New York police against the organized crime groups of immigrants from the former Soviet Union countries.
The US Prosecutor’s Office in the Eastern District of New York has unveiled an indictment on charges of arson of the 3-story residential building in the Brighton Beach/Coney Island district of New York, in which an illegal poker club was located.
The major fire occurred on the night of May 2, 2016, but its reasons have not been officially announced until now. Residents of the building were evacuated, but firemen had to rescue two people blocked by flame in an apartment on the third floor. As a result of the fire-fighting operations, several New York fire fighters suffered injuries and burns.
According to the document, six members of the so-called Russian mafia have been convicted of arson; five of them were arrested almost a year ago on suspicion of other crimes, whereas the sixth person, Viktor Zelinger, is still at large.

Members of a transnational OCG Aleksey Tsvetkov, Leonid Gershman (Lenchik), Vyacheslav Malkeev (Steve Bart), and Librado Riviera (Macho), arrested on charges of racketeering, drug trafficking, illegal possession of firearms, illegal usury, and the organization of an underground gambling business in November 2016, are currently in custody. As reported by the CrimeRussia, the investigation was conducted by the Drug Enforcement Administration (DEA) with the assistance of other law enforcement agencies.

Detention of members of the criminal syndicate, November 2016
It is known that exerting pressure on their victims through their relatives in the US, the crime group would extort money abroad, namely in Israel and Eastern Europe. It was reported that the majority of those detained during the police operation had previous criminal experience. In particular, Aleksey Tsvetkov aka Pelmen, who immigrated to the United States from Ukraine in 1992, used to be an expert in debt collecting. In 2003, he was arrested by the FBI as a member of another Russian organized crime group, the Brighton Beach Crew, headed by Zinovy Bari.

Aleksey Tsvetkov
According to the prosecutor’s office, Gershman and Malkeev were the Brighton Beach gang’s ‘power hitters’ along with Tsvetkov.
As reported by the press service of the Prosecutor’s Office of New York, all of them face various prison terms in accordance with the charges (from 17 years to life imprisonment).
Read the whole story
· · · · ·
Next Page of Stories
Loading…
Page 2

The Myth of Deep Throat

Home » The Art and the Principles of the Investigative Portraiture | Felix Sater: a portrait – Google News
a